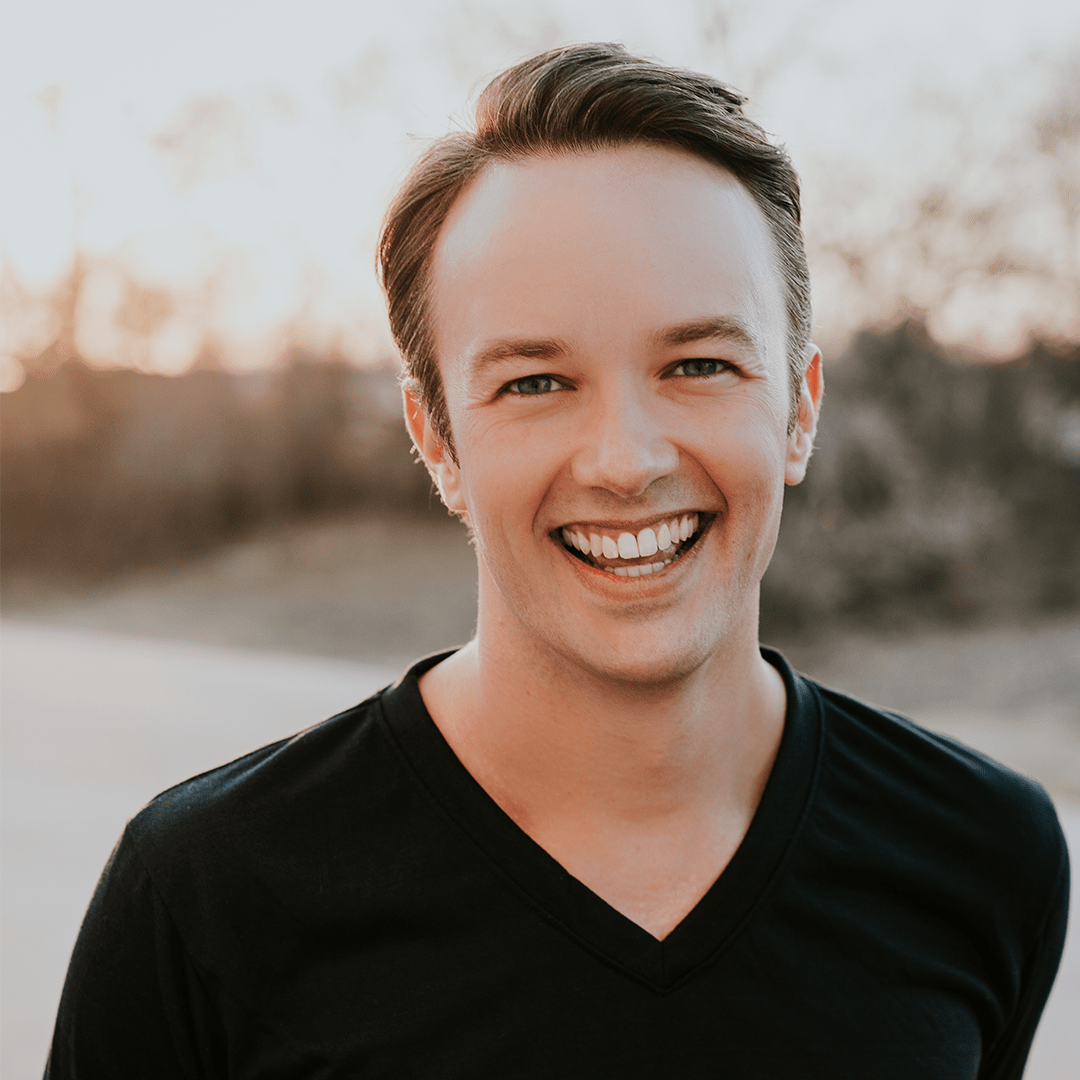 Ian Caruth was born and raised in Dallas. He began performing onstage with the nation’s longest continually-operating college sketch group, the University of Arizona’s Comedy Corner. Ian went on to learn longform improv in New York City at the Magnet and UCB Theaters, performing with The Future, Moxie, Dunk, and many other groups. He has performed and taught at workshops, festivals, universities, schools, and theaters in the US and internationally, and once played a piece of ham in a vending machine. He is way stoked to continue the tradition of theatermaking in Dallas with the Dallas Comedy Club (DCC).

As Founder and Creative/Artistic Director, Ian is responsible for conceiving, developing, implementing, and sustaining the artistic vision of DCC. He also serves as the primary spokesperson for the organization’s artistic purpose via speaking engagements, public and social appearances, and, as requested, at fundraising events and solicitations 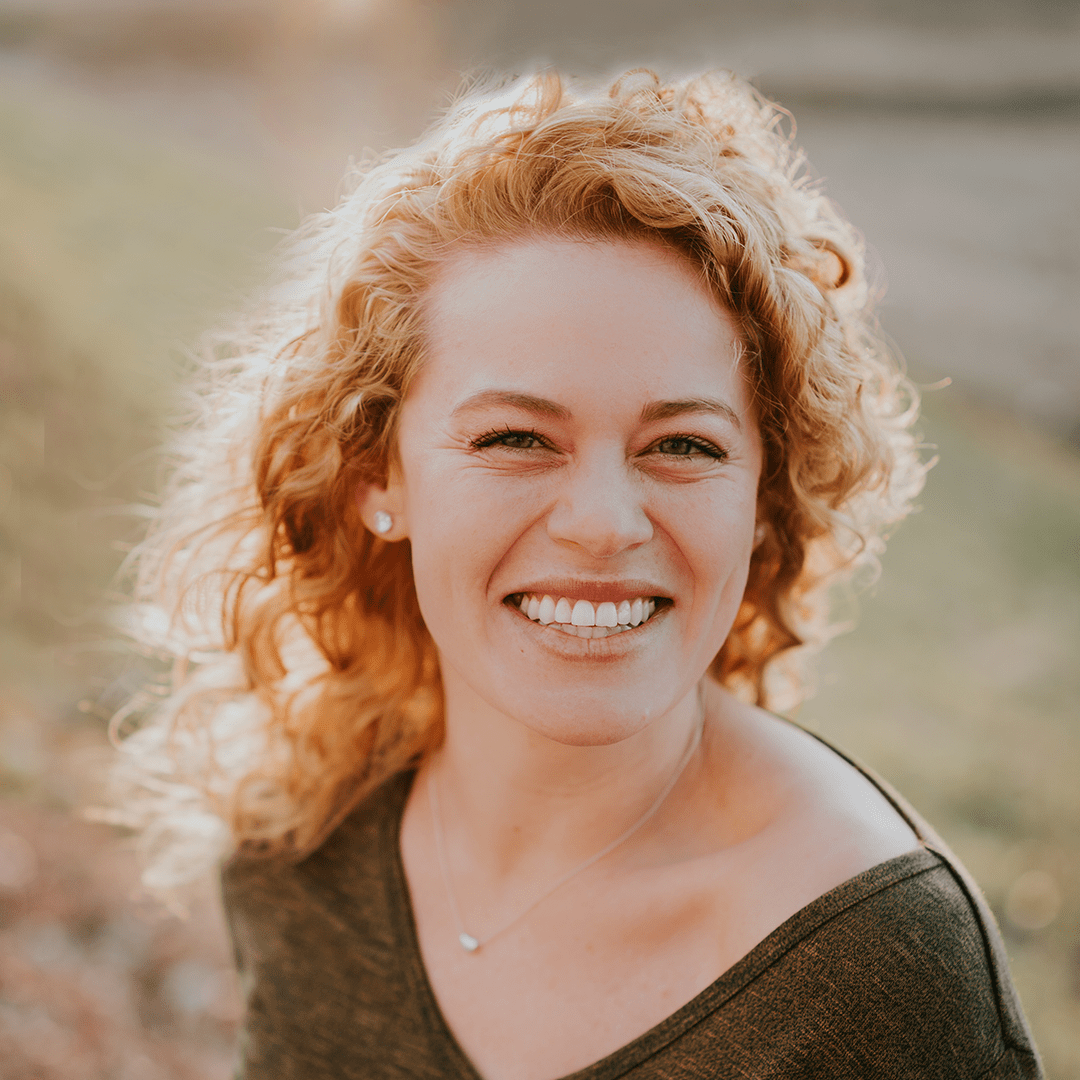 Rosie Caruth grew up in the Denmark-themed tourist town of Solvang, California, where she raised goats and turkeys until she saw an episode of MADtv and became obsessed with sketch comedy. She began performing improv with San Diego State University’s Iota Eta Pi her freshman year, and has never stopped. She moved to New York City after college to work for horrible bosses in fashion PR and study improv at the UCB and Magnet Theaters — where she and Ian met. Rosie subsequently studied at the Dallas Comedy House, the PIT NYC, The Second City, and the Pack Theater, and is probably the country’s leading expert in Zoom comedy classes.
As Founder and Executive Director for DCC, she is responsible for the overall business management of the club and the coordination of all marketing, public relations, advertising and promotional activities on and off-site. Rosie also supervises and manages the operations and administrative staff. 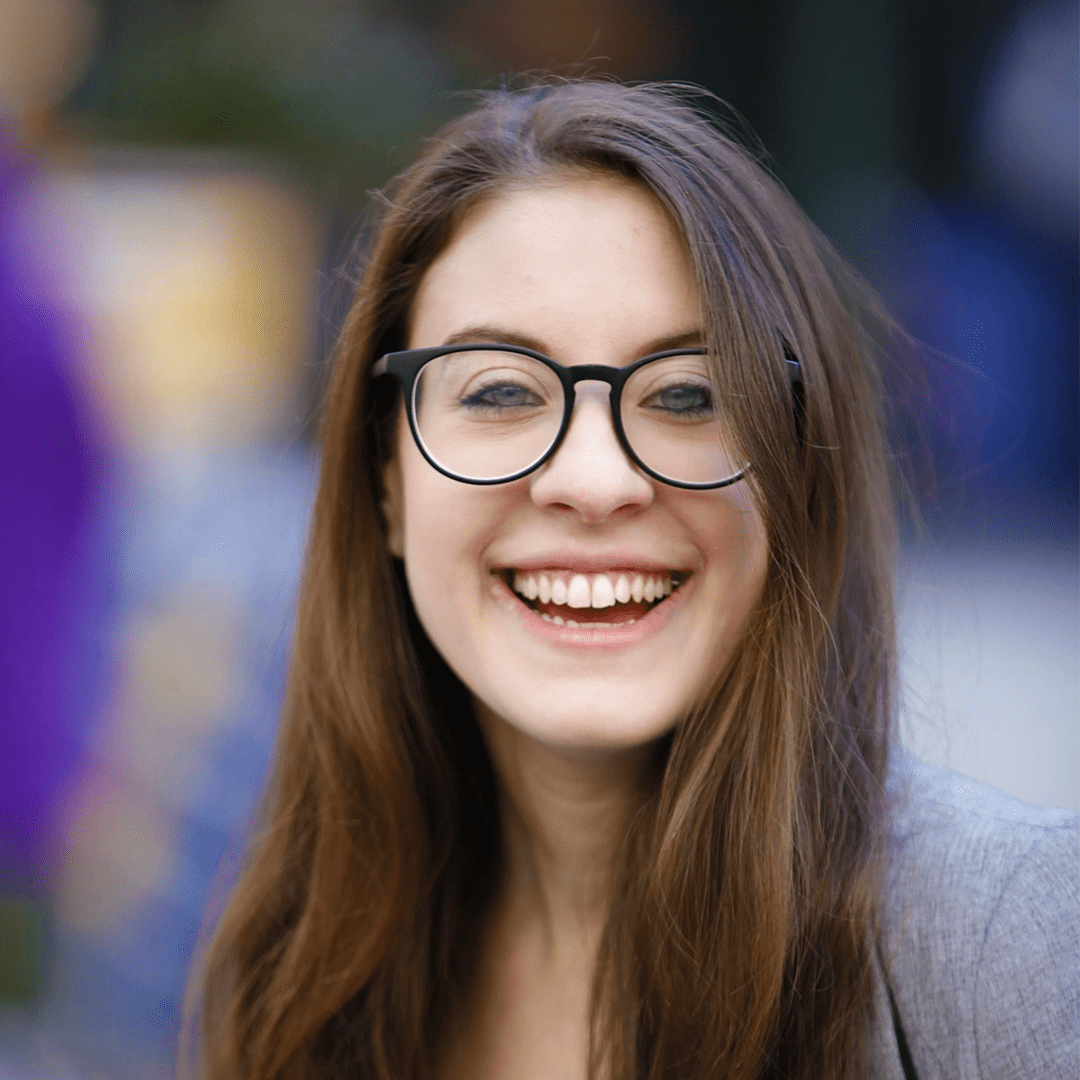 Originally trained in theater, Kimberly Alu has performed and written for venues across New Jersey and New York including Count Basie, Princeton University, The Player’s Club, and The Duke on 42nd Street. After moving to Los Angeles, Kimberly continued to write for several sketch comedy groups and has performed on countless improv teams including Sketch Time Strangers and Sweet Tweets, which was presented at The Second City Hollywood to Keegan-Michael Key and Jordan Peele. Additionally, her short play Jumper received best original play at the Manhattan Repertory Theatre and the Midtown International Theatre Festival. Her original full length play Carnival Games also won best play at The Thespis Theater Festival. Kimberly has studied at The UCB LA, The Second City Hollywood, iO West, and The Peoples Improv Theater. Since moving back to New York, she has immersed herself in the improv and sketch world, taking up work at The Peoples Improv Theater and Gotham Writers Workshop as well as starting her own digital improv network Socially Distant Improv when New York went into full lockdown mode in March of 2020.

In the last two years alone, she has completed over 40 original sketch comedy pieces, a half hour comedy pilot, two docu-series, and countless plays. She has performed on dozens of improv house teams in dozens of theaters and has developed her own line of improv classes, Approach to Dramatic Improv and Advanced Dramatic Improv, directly inspired by her background in acting. She prides herself on working with individuals who are eager to learn and grow and nothing excites her more than developing a new form or new idea with a group of passionate individuals. 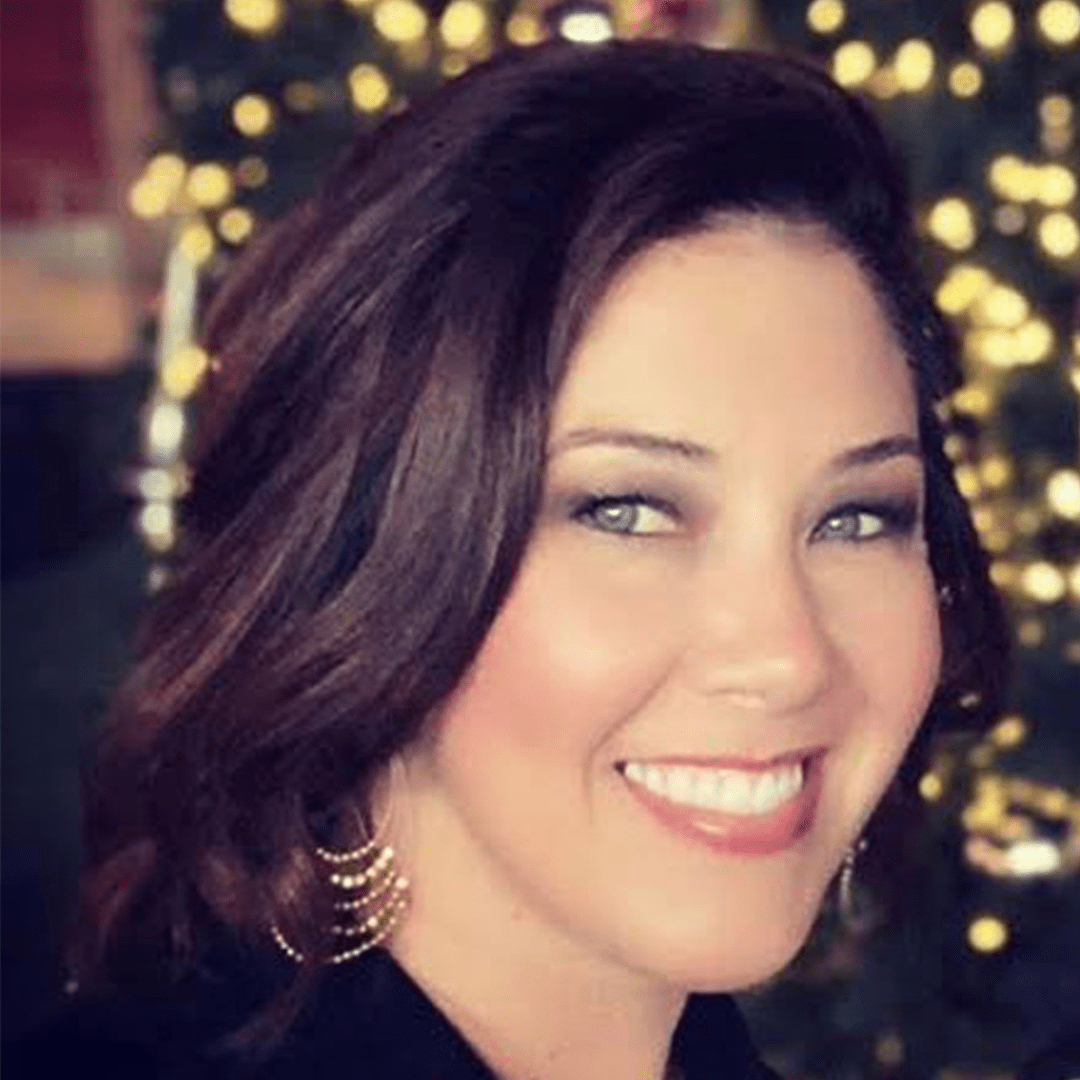 Jamie’s no stranger to comedy. From stand-up stints to running both the front and back of the house, her experience seems to have all-things-comedy covered. Prior to joining Dallas Comedy Club, Jamie served as the Assistant General Manager for a North Dallas Improv Comedy Club for several years and is now our resident expert for herding cats, spinning plates, and creating great guest experiences day and night. Her background reaches beyond the operations, sales, and marketing of a comedy club–with experience promoting nationally recognized product brands, new business development for a premiere organization in the wholesale beverage alcohol industry, and much more!

As General Manager, Jamie works closely with the club’s founders in managing, steering and shaping the company in a time of exciting growth. She’s responsible for contracts, bookings, financials, HR and facilities oversight and oversees multiple departments within the organization. 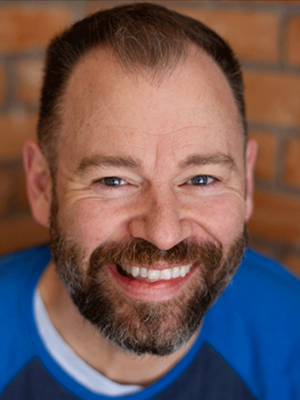 Salon owner, corporate training specialist, Improv teacher, son, brother, husband, father, lover of fur babies – a “Chad”of all trades? Ha! His superpower is surrounding himself with people smarter than he is. You could be next! Chad has been playing his entire life. When being serious about the funny, you can find Chad teaching and performing improvisation and acting. He is celebrating over 20 years with the Mary Collins Agency!

Fun Fact: Chad’s favorite animal is a wombat! “They took other kinds of animals into their homes during the fires for safety. SO COOL!” 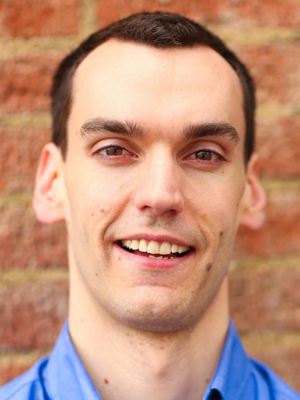 Dane Robertson first discovered improv comedy in 2016. Since then, he’s jumped into the classroom and onto the stage at every possible chance. After training at Dallas Comedy House, Dane went on to co-host their Student Lottery program as well as teach improv classes. He has performed at comedy theaters throughout DFW and was featured in the Dallas Comedy Festival. Dane is most passionate about the comedy community and using improv for self-improvement.

Fun fact: Dane competed in a national pun competition! He dressed up as a retired poker dad and made puns about getting old. 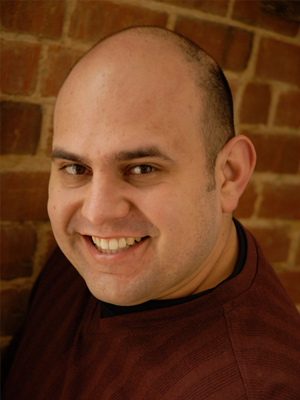 Gabriel Vasquez has been performing and learning improv since 2004 at Texas Tech University, where he got his BFA in Theatre with a focus on Acting and Directing. Since being in Dallas, Gabriel has performed with many improv troupes including The Rift, Intruder, and CLR. He also performed in the sketch shows Trump’d the Musical, That 90’s Show, and Now Screaming. Gabriel has been teaching and coaching improv for the past two years.

Fun Fact: It has been said that when you say ‘hi’ to Gabriel, he smiles and says ‘hi’ right back. Gabriel is game night enthusiast, a Survivor enthusiast, and is enthusiastic about his hometown, Marfa. 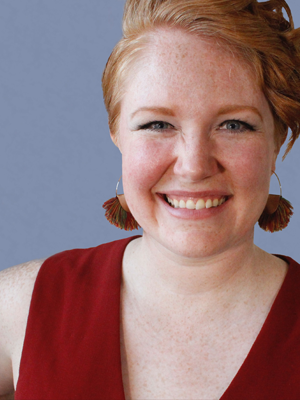 Jacie Hood (she/they) is a comedy aficionado and theatre artist with a passion for teaching – and busting out show tunes no one wants to hear! They have directed and/or written for 15 sketch shows and comedic plays in their career, including the Column Award-nominated sketch shows Tech Tock and The Texas Sketch Show Massacre, along with The Big Little Comedy Fest selection, TGI Fin de Semana. A former Training Center Director for Stomping Ground Comedy, they have also trained in sketch with The Groundling’s Guy Stevenson (MadTV) and Kids in the Hall’s Kevin McDonald, as well as directed with Chicago’s Joanie Schultz. Jacie is also a trained Intimacy Director for stage and an active advocate for inclusion, diversity, equity, and accessibility, who strives to create creative spaces where students can be wholly and authentically themselves.

Fun Facts: Jacie cares about performer safety after once slipping and crashing through a back wall into lights during a live production. Jacie’s favorite sketch of all time is Gilda Radner’s “Judy Miller Show.” 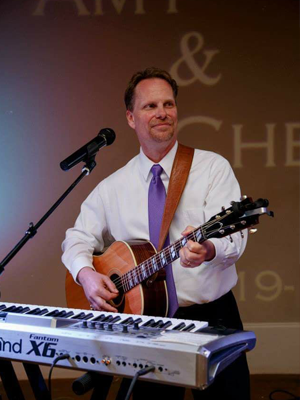 Jeff has been performing as a stage and studio musician and actor for over four decades. He has performed with several well-known acts, including The Drifters, Archie Bell, and the Marvelettes. He holds a B Mus in Voice from Furman University and a M Mus from Anderson University. He’s been in the Dallas improv scene for over 20 years, teaching and performing with several troupes. 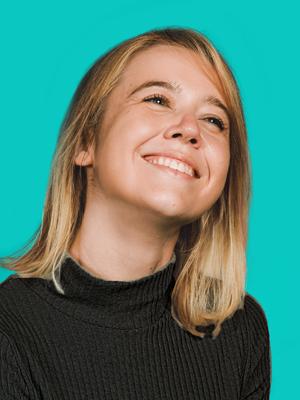 Lauren Davis is a stand-up, improviser, writer, and actor who has performed stand-up on Laughs on Fox and Hulu and in the ViceTV documentary “Funny How?”. She was a finalist at Westside Showdown, Best in Fest at Burbank Comedy Festival, and a recurring performer at SF Sketchfest. Lauren is excited to be teaching stand-up again after creating and teaching the first few sessions of the Dallas Comedy House stand-up program before she moved to LA. She has studied improv and sketch at Dallas Comedy House, Four Day Weekend, UCB LA, Groundlings, Magnet Theater, and was a teacher and house team performer at the PIT NY.

Fun fact: “I had a benign cyst in my arm as a child. Surgeons removed the cyst and some of my bone and put cow bone in my arm in its place. So, I am part cow. Moo!” 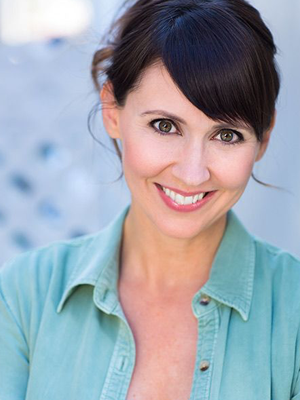 Leslie Collins started improvising over 18 years ago and has studied improv at UCB, Groundlings, the PIT, and the Magnet. Leslie spent many years performing and teaching improv and musical improv in NYC & LA. She was also on house teams at all of the improv theaters and with musical improv troupe, Baby Wants Candy. Besides improv, Leslie is a working professional actress on the stage and screen, performing all over the country in musicals and plays. She hosts a podcast all about sumo wrestling because she loves sumo wrestling!

Fun Fact: Leslie was voted “most athletic girl” of her 8th-grade class. 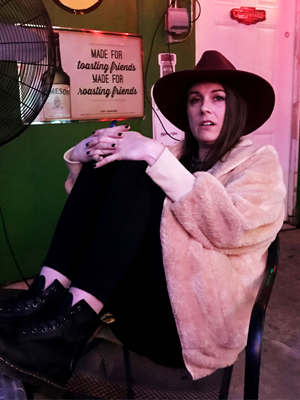 Rachel transplanted to Dallas following her time in Chicago where she trained, wrote, and performed. She trained at Second City, iO, and The Annoyance Theatre. Shout out to The Annoyance! A handful of her favorite performances include Kink, NCL’s Pride of America cruise with Second City Theatricals, multiple mounts of 5 Lesbians Eating a Quiche – including the NYFF off-Broadway production – and performing and touring comedy festivals with the improv trio, Wise Snatch. Since moving to Dallas, she has been teaching, coaching, and performing sketch and improv, including with the group Mama Tried. Her karaoke name is Lady Farmalade. 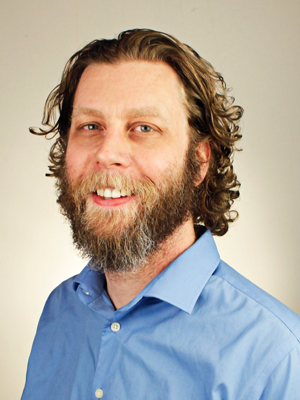 Richard is a Fort Worth-based comedian who has performed improv, stand-up, and sketch all over the Southwest for nearly a decade. His work has been featured in the Dallas Observer and Dallas’ Out Magazine. He is a graduate of 4Day Weekend’s Training Center, and Stomping Ground’s Conservatory, and has also studied writing with Brent Forrester and Kevin McDonald.

Fun Fact: Richard is an avid Magic: The Gathering player.